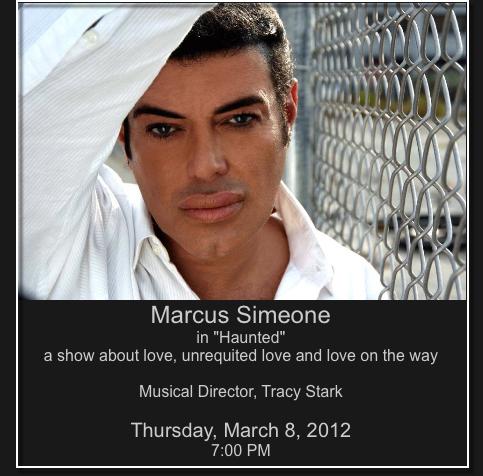 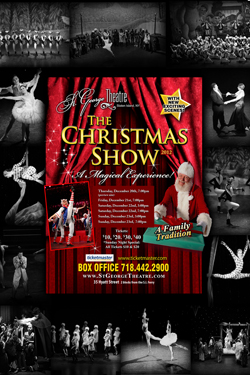 The evening is presented by John Hoglund in association with Eric Michael Gillett and will feature world renowned award-winning stars from Broadway, cabaret, and the music industry in one stellar concert in memory of those lost on 9/11 and to benefit Tuesday's Children (www.tuesdayschildren.org)

Mark Hartman will be musical director of the evening and Eric Michael Gillett will serve as director.

Ticket prices are $500 for Golden Circle, $195 for Angel Sponsor and $95 for Sponsor tickets. There will be a $25 food or beverage minimum. The show starts promptly at 7:30pm. Doors will open for dinner and seating at 6:30pm. Feinstein's at Loews Regency is located at 540 Park Avenue at 61st Street in New York City. For reservations and information, please call (212) 339 4095. 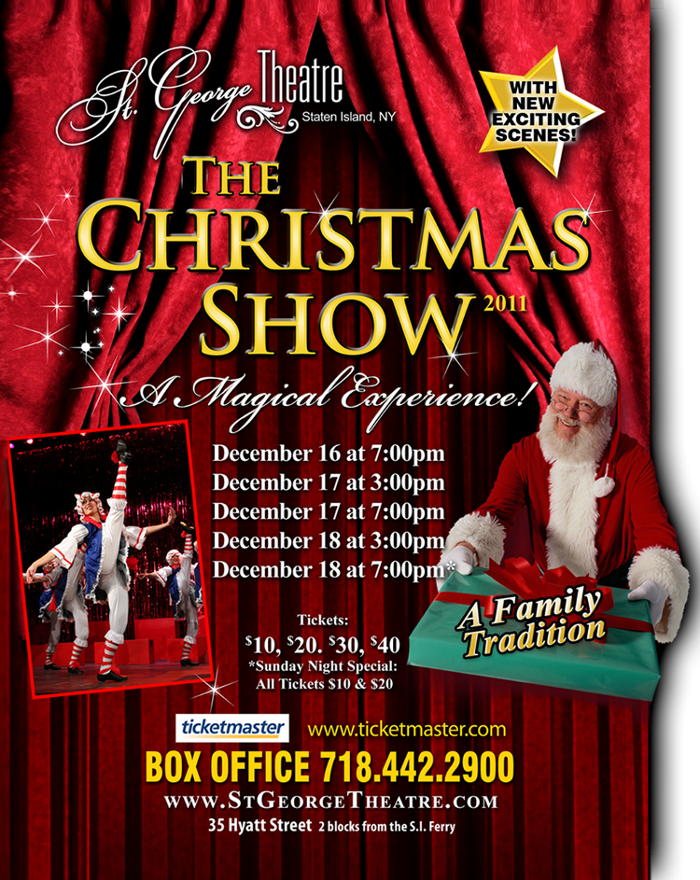 Marcus will be apearing in the show:

Marcus Simeone returns to Metropoliltan Room with his brand new show featuring highlights from his thrilling new album, Haunted, on the Miranda Music label as well as evergreens from the Great American Songbook, As always with Marcus, there will be some very special musical surprises culled from his repertoire of 3000 songs.

After recording over 300 songwriters' demos for major artists (Trisha Yearwood, Reba McIntyre, etc.,) and two live CD's (At Last, Everything  Must Change / Miranda,) the new album, Haunted, is Marcus's first full-length studio CD and features memorable – and haunting songs by many of today's most visible and popular songwriters including, John Bucchino, David Friedman, Heather Sullivan, Janis Ian, Stephen Schwartz, and David Zippell among others. The CD also features many of the original composers at the keys in unison with Marcus on this exciting project. The album is scheduled for release in December with a special celebration at the conclusion of this run.

In the liner notes to his first album, At Last, best selling author, critic and renowned song historian Will Friedwald gushingly referred to , “ … his beautiful voice, his extremely wide range, his ability to switch effortlessly from baritone to tenor to falsetto and, likewise, his multi-generic ability to move easily between the world's of pop, cabaret, theater music, soul and even jazz.”

Universally respected for his heart-wrenching interpretations of soulful ballads, red-hot jazz sensibility and powerful pop flair, Mr. Simeone's musical genius has also been compared to some legendary, eclectic greats in the industry including, Marc Anthony, Al Jarreau, Johnny Mathis and Jimmy Scott. He appeared on the original Star Search as well as Showtime at The Apollo as well as performing as part of the annual Mabel Mercer Cabaret Convention at Town Hall and Jazz At Lincoln Center series on four occasions.
Critics have frequently referred to Marcus's haunting vocals as mesmerizing. He has been honored by The Manhattan Association of Clubs with three vocal awards (and ten nominations) as well as the coveted Back Stage Bistro Award as Outstanding Male Vocalist. Theaterscene.net twice named him their Outstanding Artist of the Year.
Reserve now to see this emotionally-charged, multi-octave tenor who sings with an emotional depth that is rare. This is one of those not-to-be-missed performances by an artist who is receiving national acclaim and attention.

The Music of Bacharach, Wonder and Webb.